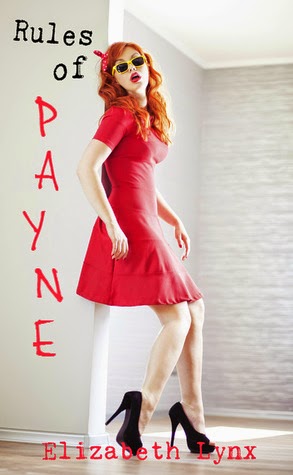 *The sweet & spicy workplace romance inspired by the popular character blog Payne In The Blog*
I'm his dirty little secret.I'm the person he can't control.I'm the woman who caused him to start breaking his rules.
Morgana Drake may have had a few rough patches in her life,especially when it came to men, but now she is determined to focus on one thing: her job. If she can work hard enough as the assistant to the VP at Mimir, then she has a chance at getting into the Executive Development Program.
There is only one thing turning this path of accomplishment into a steep climb, her boss Mr. Payne.
Henrik Payne has worked hard to amass his wealth and turn a struggling start up into the third largest online retailer. He has sworn off women, drinking, and anything else that might break his rules for success. It's not until a clumsy yet curvaceous redheaded assistant tests his resolve that he begins to see life isn't all work and no play.
***There is a cliffhanger at the end. This is book 1 or a 2 book series.******

This book was light, sexy, flirty and oh-so-funny!  While I didn’t really care for the cliffhanger in the end, but since book 2 is coming out soon, I thought I could oversee that bit.

Learned from her mistakes, Morgana had set of problems that directly involved with her boss, Henrik Payne.  So to get back at her jerky boss, Morgana would  wear sexy clothes to tease Henrik, and does little pranks to him to make herself feel better.  At first it would seem Henrik appeared aloof and uncaring about Morgana, despite of their history and chemistry.  But when the POV switched to Henrik’s perceptive, I thought there was much to learn about Henrik, and he was not at all what he seems.

My favorite part of the book was Henrik Payne’s inner dialogs, not only it was generally really funny to read, but since Henrik was actually hopeless obsessed with Morgana, it was interesting to read what he really thought about Morgana.  Henrik’s POV revealed his dilemma and decision on why he refused to give in, it would carried on and showed how he struggled to resist his desire, and feeling for Morgana.

Overall I really enjoyed reading this book, though it was shorter than I would’ve like, I thought the story itself was pretty straightforward, it was funny, and
it was sexy.  Rules of Payne
was told by both POVs of the character, first half was from Morgana’s
point of view, and the second half of the book was from Henrik’s point of
view.  I really liked the setup of the story, I felt it really allowed the readers to get to know both of the characters, and I can’t wait to read the next book of the series!

Elizabeth Lynx is not a robot, that’s for sure. At least she says she’s not. She is also not a space alien. How do I know this, because she was born in Baltimore Maryland in the 1970’s when no one wanted to be in Baltimore Maryland so why would her parents say that if it weren’t true. Of course she has had her suspicions growing up and is still in a continual search for evidence that backs up her space age theories.

To bide her time she writes about ‘normal’ people and their sexy romantic lives. Her husband chooses to put up with her theories and paranoid musings. Her two little boys help her see that perhaps she isn’t an alien but more of a climbing rock. This theory is new, so she needs more time to develop it further.

This site uses Akismet to reduce spam. Learn how your comment data is processed.

Thanks for you great review! I love the post.

Thank you! I really enjoyed this book, can't wait to read the next one! 🙂

Vote Up0Vote Down  Reply
wpDiscuz
We use cookies to ensure that we give you the best experience on our website. If you continue to use this site we will assume that you are happy with it.OkRead more